Have your Lady Musgrave Island Experience with 1770 Reef Tours. We depart from the town of 1770, which is an easy day trip from Bundaberg, Queensland.

This island is the only shingle cay situated on the Leeward reef flat. In 1803 Captain Eber Bunker of the whaling ship Albion was the first European to discover the region and gave his name to the Southern group.

The Southern cays and reefs were first charted between 1819 and 1821 by Lieutenant Phillip Parker King Royal Navy.

Military target practice at Fairfax Islands, 1943. It is likely that during World War II Lady Musgrave Reef was also used for bombing practice with the reef practically a marine desert as reported in 1952. The reef has recovered to the pristine condition it is today.

Lady Musgrave Island has Pisonia (Pisonia grandis) trees are the primary vegetation with She-Oaks and Pandanus tectorius trees forming most of the remaining.

The island is a nesting place for Green and Logger head turtles.

Small whitetip reef sharks and leopard sharks can often be found hunting in the shallows around the island. These species are not dangerous to humans and are fascinating to watch.

Green and leatherback turtles can be spotted resting on coral bommies, and the Coral Lagoon is a haven for multitude of fish and Coral species, and a spectacular destination for anyone snorkelling.
Writing from Wikipedia.org/wiki/Lady_Musgrave_Island 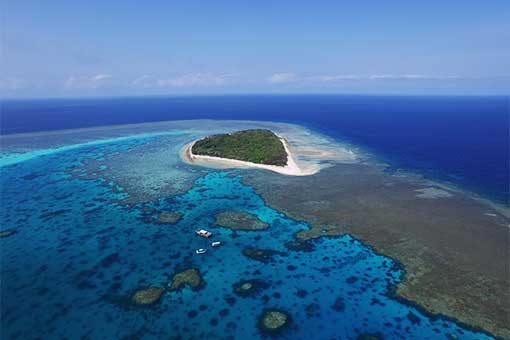 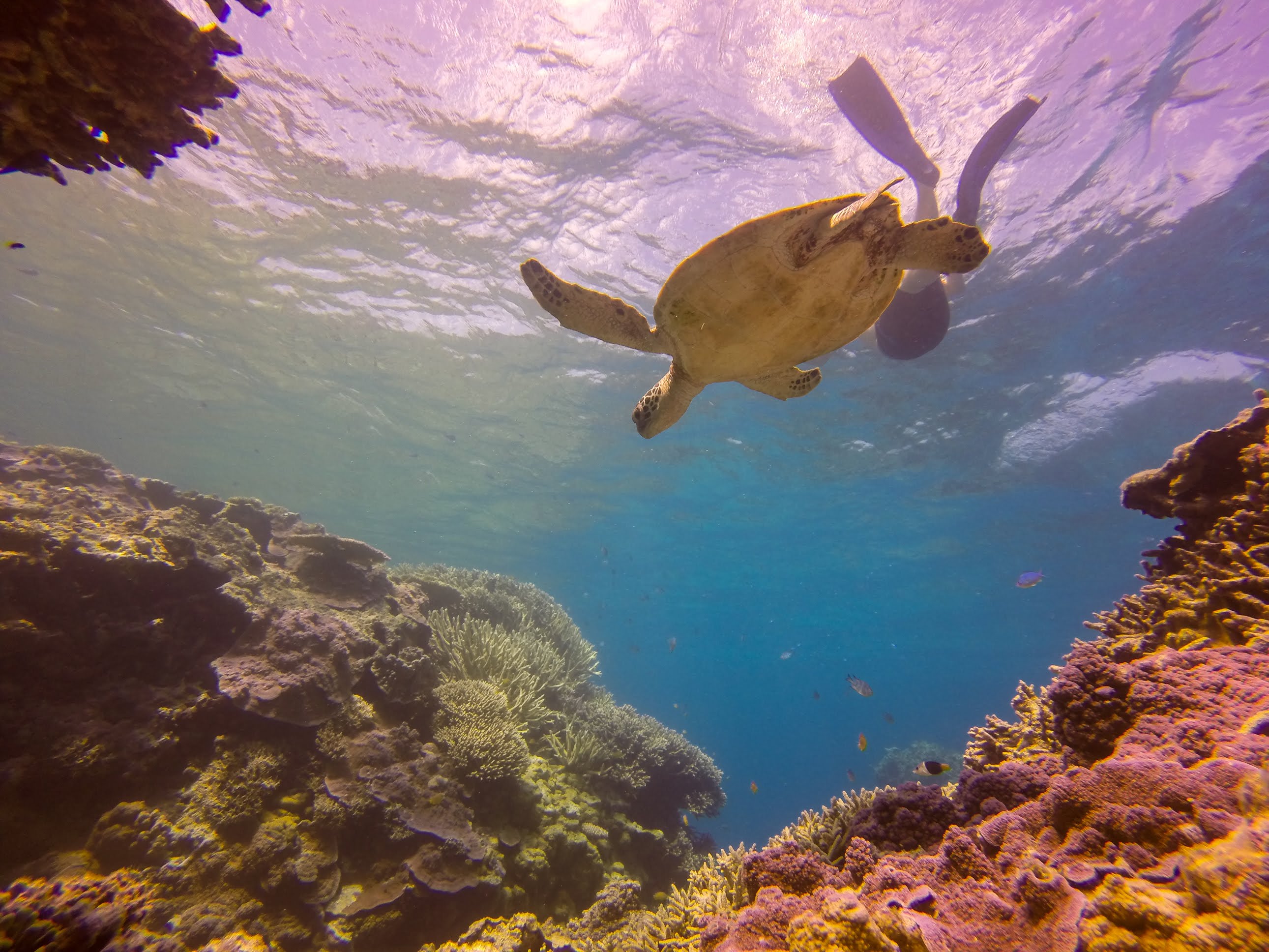