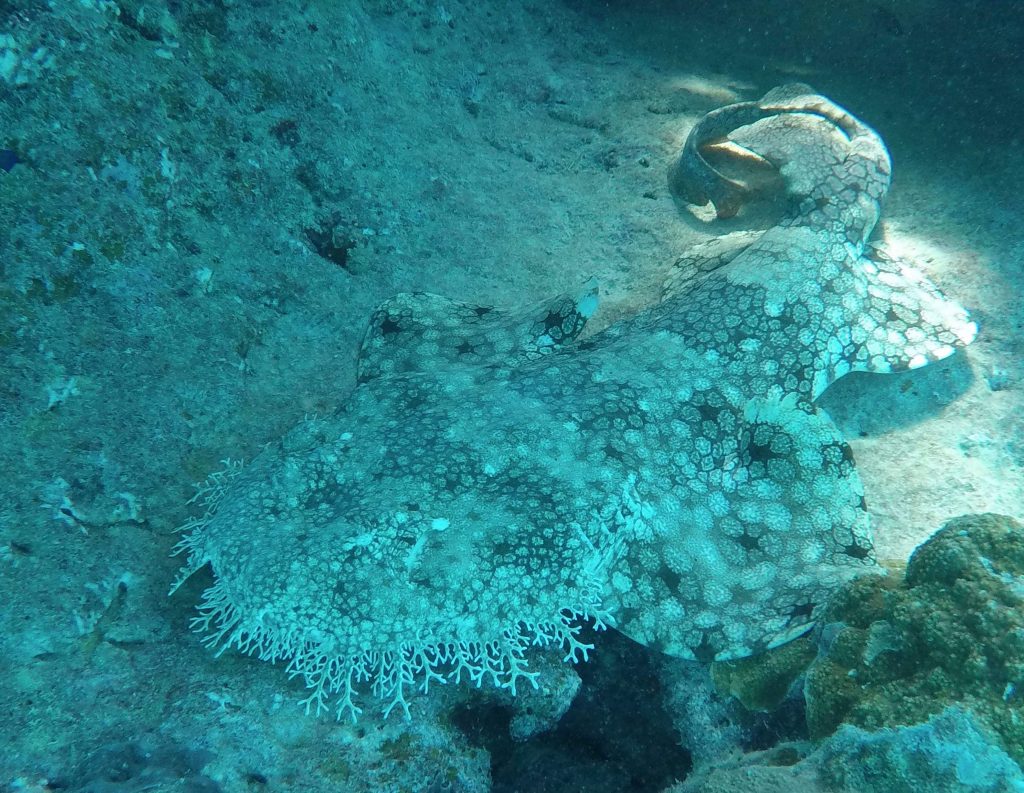 Have you ever heard of or seen a Wobbegong Shark?

Have you ever heard of or seen a Tasselled Wobbegong? First of all there are over 370 shark species in the world. Australia is home to more than 100 of them. The Great Barrier Reef is a mecca for a massive variety of sharks, one in particular the Tasselled Wobbegong.

They are a species of carpet shark

We are bringing up this variety of shark because in the last couple of months some of our lucky snorkelers have been able to spot one of these little guys lurking around in our snorkel zone. They are a species of carpet shark that dwell mainly on the bottom of shallow reefs in Australia, New Guinea and Indonesia. Wobbegong came from an Australian Aboriginal word that means ‘shaggy beard’. It’s beard like features are used as sensory barbs and also they also help them to camouflage into their surroundings.  They are quiet flat and also have old school carpet patterns that make it a camouflage king in the reef.

Length of a Wobbegong

Wobbegongs can grow up to 1.25m and don’t hold much threat to humans .  They are quiet lazy and don’t really like to move too much, spending most of the day sleeping