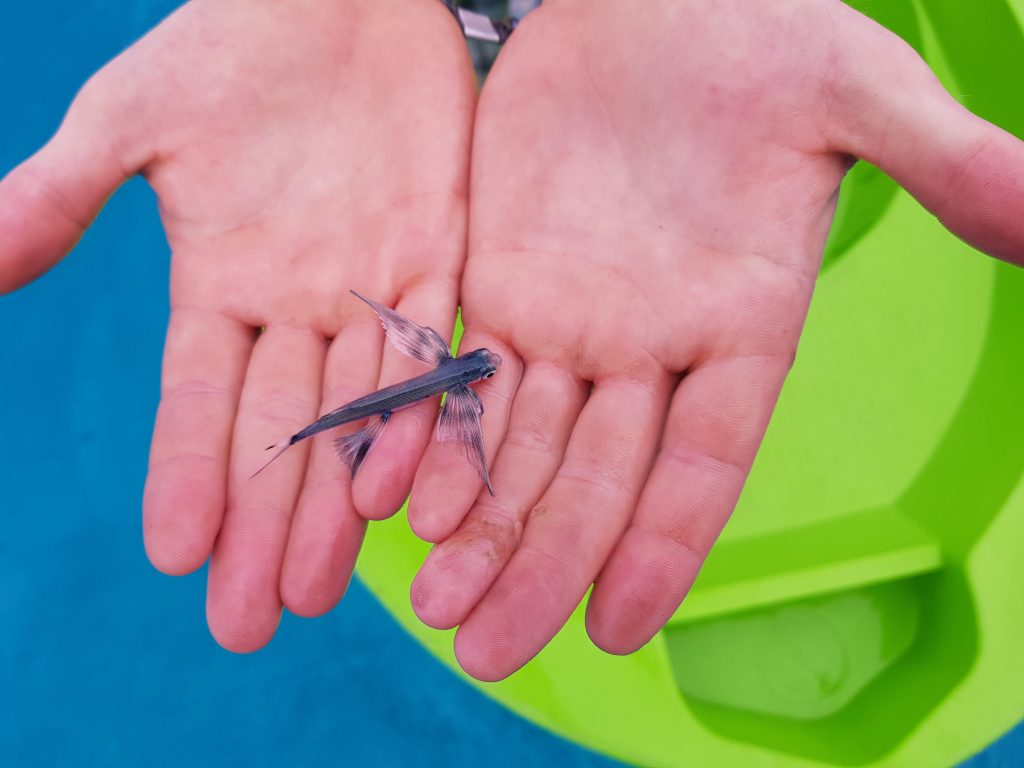 The Fantastic Flying Fish – Is it a fish? Is it a boat? Or is it a cocktail drink?

Well, it is all of them actually but the one we’re going to share with you today is the FLYING FISH.

Flying Fish are able to achieve powerful, self-propelled leaps out of the water where their long wing-like fins enable them to glide for considerable distances ABOVE the water’s surface. Amazing, right! This very uncommon fish ability is a natural defence mechanism to evade any predators.

Where are you likely to find them

They like to hang out in the top layer of the ocean – the “sunlight zone” – where most of the visible light exists under the water. This is the layer of ocean where nearly all the ocean’s primary production happens and as such, the vast majority of plants and marine animals live in this area. This, of course, leads to prey and predation relationships where the smaller fish, like the Flying Fish, are targets for the bigger fish. Their unique adaptation allows their torpedo shaped bodies, large pectoral fins and strong tail to reach the velocity it needs to “fly”. It also has adapted its gills to enable them to breathe whilst in the air. These flying fish are also found out at Lady Musgrave Island.

How big will they grow

When the Flying Fish is fully grown it can measure up to 20 – 25 centimetres in length and their pectoral fins can be as big as the size of the wings of some birds. After increasing speed under the water, they launch themselves out of the water and glide quite remarkable distances. At the end of the glide, they fold their pectoral fins to re-enter the sea or drop their tails into the water to push against it to enable them to lift for another glide and can even change directions at this point. They can increase the time in the air by flying straight into or at an angle to the direction of the updrafts created by the air and ocean currents.

The average flight length would be around 50 metres and with updrafts up to 400 metres in distance. They can travel at speeds of 70 km/h at an altitude maximum of around 6 metres above the surface of the sea.

In May 2008, a Japanese film crew filmed a flying fish off the coast of Yakusima Island and the fish spent 45 seconds in the air. Remarkable for such a little fish.