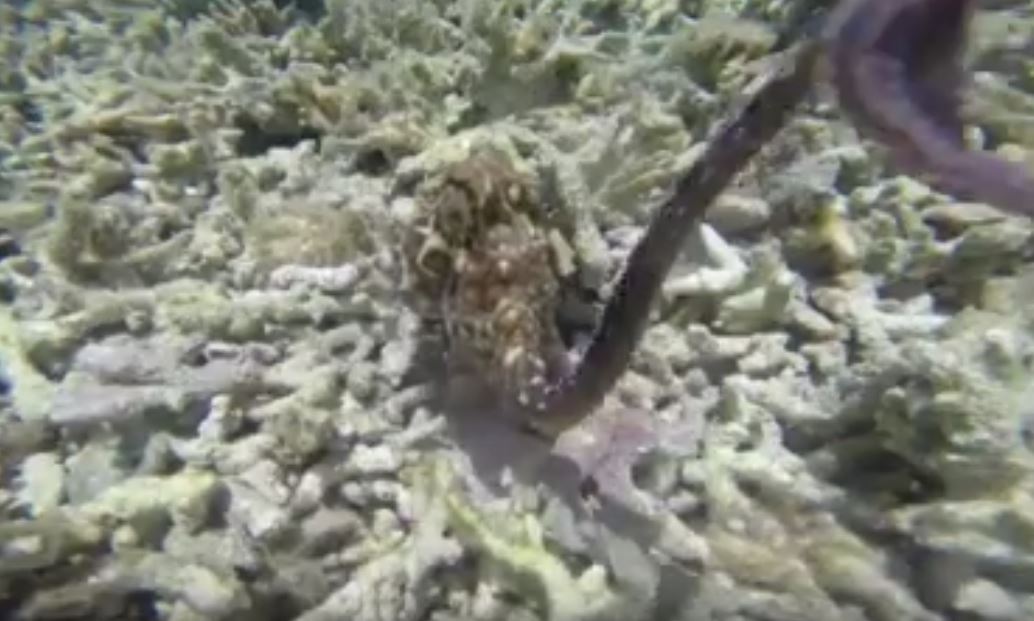 As you know, the Great Barrier Reef is home to hundreds of amazing creatures. One of our favourites though, is the mysterious and illusive octopus.

the Octopus is  better known for their bulbous head and eight tentacles, they are actually considered to be one of the most intelligent of invertebrates in the deep blue. Did you know that the “tentacles” are actually considered Arms, which more amazingly have a mind of their own? Not only have they been observed using them to manoeuvre tools, if they happen to lose an arm, it will grow back as if it was never lost, would be great if us humans could have that ability.

Their bodies are extremely soft and contain no bone structure which helps them easily fit through small gaps no matter how large their body mass. They are pretty much the Houdini of sea creatures.

Octopus often live in solitary. Most species usually live closer to the water’s surface, inhabiting reefs and crevices enabling them to keep hidden from predators. This species is found at Lady Musgrave Island Lagoon part of the Southern Great Barrier Reef.  The common octopus has a wide range of techniques it uses to avoid or ward off attackers. Its first and most amazing line of defense is its ability to hide in plain sight. Using a network of pigment cells and specialized muscles in its skin, the common octopus can almost instantaneously match the colors and patterns of its surroundings. Another epic defense of the octopus is when feeling threatened it can shoot out ink that can temporarily blind and dull a potential attackers senses, giving the octopus time to swim away.